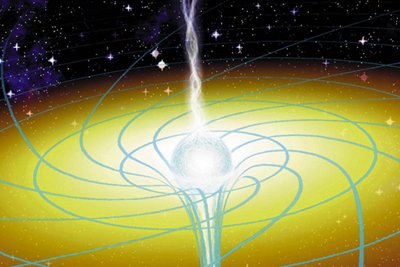 General relativity is what Albert Einstein theorized in 1916, which describes that gravitation also affects the shape of space and flow of time. It proposed that the bigger the matter, the more it causes the space to curve.

Think of the general relativity theory like this example: there is a stretched paper sheet, and a large bowling bowl is dropped at its center. This causes some deformation on the surface of the paper sheet. Now, a small ping-pong ball is also dropped. That ping-pong ball will roll towards the large bowling bowl. It will, not because of some magnetism or metaphysical attractions, but because of the deformation on the paper sheet.

The equation behind the general relativity theory, using the Einstein Field Equation’s mathematics is somewhat an impressive and difficult problem to solve. But it also led to unusual consequences, as it does not address those of black holes and gravitational waves. When it was postulated, it put doubts on scientists whether they can actually be solved and be proven to exist.

Comments - No Responses to “General Relativity”