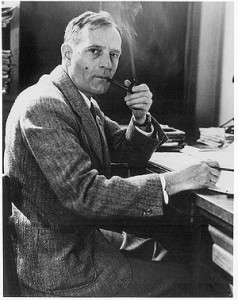 Edwin Hubble, born on November 1889, was an American astronomer who revolutionized man’s point of view on the Universe. Through his observations of movement and light spectrum in space, he had proven that there are other groups of stars in outer space.

He is best known for the Hubble Law. There are observable “redshifts” or Doppler shifts in the visible spectra of other galaxies. His law states that the degree of redshift is proportional to the galaxy’s distance from the planet Earth. With the observation of Doppler shifts, astronomers also determined that the universe is continuously expanding.

Edwin Hubble also discovered that our galaxy is not the only one in the universe. Back then, people think that the body of the Milky and its arms form most of the cosmos. He observed several space clouds, including the Andromeda “nebulae.” His 1922-1923 observations proved that these nebulae are much farther, even beyond the Milky Way, and that they are separate Galaxies.

His theories received several oppositions from contemporary astronomers. However, after the release of his discovery on January 1, 1925, mankind’s view of the universe has changed forever. Shortly after his death, he was awarded the Nobel Price for physics, for his contribution in the field of astrophysics. A space telescope is also named after him, the Hubble Telescope, which was launched in 1990.