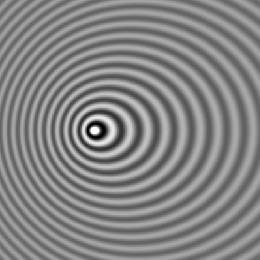 Christian Doppler proposed in 1842 that apparent change in wavelengths of sound or light is caused by the motion of the source, the observer or the medium. Take for example an ambulance. As it approaches, the siren becomes louder and recedes as it moves away. A real shift in frequency occurs when the source of the motion moves, while an apparent shift occurs when the observer moves.

The Doppler Effect is a valuable tool in astronomy and was initially studied in the visible part of the electromagnetic spectrum. A redshift refers to radiation whose wavelength has elongated, while a blueshift is used to denote wavelengths that have compressed.

Doppler shifts have helped astronomers calculate the speed at which an object moves to and from Earth. Redshifts occur when objects move away from Earth while Blueshifts are observed when objects are moving towards it. Aside from this, the Doppler Effect has given evidence that the universe is expanding.

The growing distance of planets from each other, based on the continuous shifting of wavelengths has helped astronomers to conclude this occurrence. Changes in wavelength and sonar can also detect the presence of unseen objects and therefore help observers estimate the distance from them.

Comments - No Responses to “Doppler Effect”