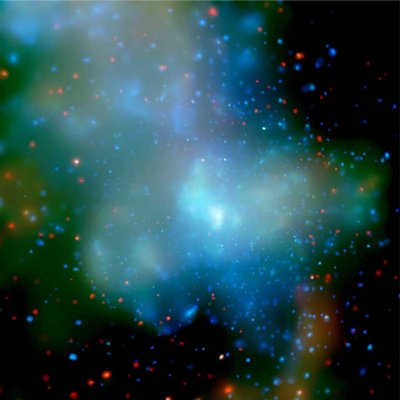 In 1998, astronomers got the shock of their lives when they discovered that the universe is expanding at a rapid rate. The proof of this discovery came as a result of the studies of the Type 1a supernova, a distant star that acts as a standard candle for astronomers upon its explosion. The supernova’s luminosity after explosion can be measured hence the distance can also be determined. However, in that fateful year, much to everyone’s surprise, the spectrum of supernova red-shifted which pointed out that the universe is indeed expanding – fast.

The cause of the universe’s apparent expansion was said to be due to dark energy. This energy is described to permeate all space and is responsible for the quickening rate of expansion of the universe. Dark energy is a hypothetical term and its nature is often based on speculation. Its lack of density has made it impossible for scientists to experiment on it. There have been two proposed models for dark energy to explain the extraordinary expanding phenomenon of the universe; the quintessence model and cosmological constant.

Cosmologists have estimated that the expansion started about five billion years ago. Inevitably, many ideas about the fate of the planets have also come forth. It is said that if the expansion continues indefinitely, dark energy would eventually tear all gravity-bound structures, such as the planets and solar system, apart. In due time, it may also cause atoms to split which will end the universe as people know it. However, many argue that gravity will prevail and the universe will right itself.

Comments - No Responses to “Dark Energy”