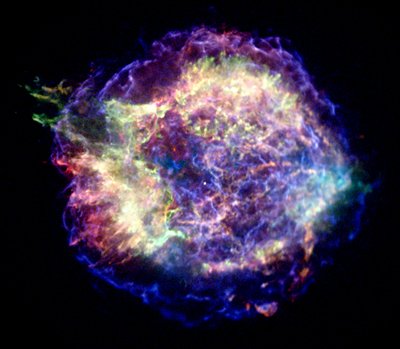 Cosmic rays refer to the energetic particles from space that enters the earth’s atmosphere. The earliest observers thought that these particles were rays and thus named them as such. However further in the future we were able to discern that these particles come in individual protons or alpha particles instead of a steady stream of particles.

Given this discovery the word ray in cosmic ray is considered to be misleading but is continued to be used. Usually it is called cosmic ray particle whenever needing to emphasize its particle nature. Cosmic rays are of great interest to scientists because they come from sources as near as the sun to sources that are perhaps even out of our galaxy. Cosmic rays generally have little impact on the people on the earth’s surface.

While cosmic rays contribute a small portion of the Earth’s radioactivity it has little effect on people. This is primarily attributed to the particles in our atmosphere that deflect a majority of the cosmic rays. The same however does not apply to high altitude objects or satellites. Cosmic rays have been observed to cause energy spikes in electronics and cause corrupted data in computers in space. The sun is the most common source of cosmic rays.

Comments - No Responses to “Cosmic Rays”