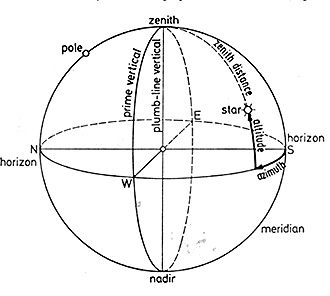 The axis of the Earth from the North Pole when it is extended intersects the celestial sphere in a specific point called the celestial pole. This is near to the North Star called Polaris. This can be of great help in terms of navigation. These celestial spheres rotate from east to west as opposed to the rotation of the Earth in its axis from west to east. This is called the diurnal motion. This is the reason why stars rise in the east, move through the north-south line and set in the west.

Comments - No Responses to “Celestial Sphere”