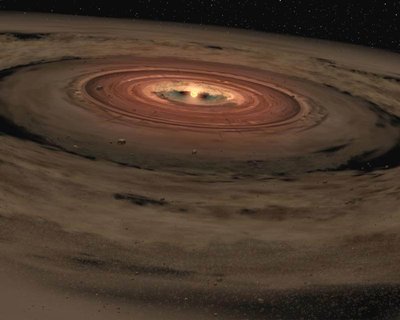 A Brown dwarf is an object that is big in size to be considered as a planet but a bit minute to be called a star. It is thought that they form in the similar manner as the stars do. Scientists are taking into consideration the possibility that they could have come from a cloud of dust and gas that collapsed. However, brown dwarfs are dimmer compared to stars which shine because of the helium they contain.

The mass of brown dwarfs is twice the mass of the planet Jupiter. Its existence was only based on the theories of some astronomers and can not be further described but infrared telescopes paved the way to its discovery in 1995. They can only be viewed with the use of the infrared telescopes which has the property to sense the heat emitted by certain objects which can not give off light that is observable and visible enough.

Recently, a United Kingdom Infrared Telescope identified over 100 brown dwarfs. One of them is found in the group of stars called Trapezium which is part of the Nebula of Orion. Scientists believe that it is possible that there are as many brown dwarfs as there are stars in the solar system.

It is believed that there are still some materials in the solar system that are not yet detected and discovered by the scientists and astronomers. They presume that these objects may have caused the stars to move and certain galaxies to form. Innovation of new scientific instruments can help in the deeper discovery of what is beyond the sky.

Comments - No Responses to “Brown Dwarf”