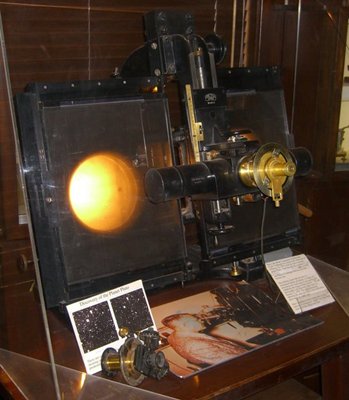 Observing space involves recording the movements of celestial bodies, which are sometimes unnoticeable to the human eye. To compare the minute changes in the sky, astronomers use a blink comparator. This is a viewing apparatus where two or more photographs of the night sky, of the same area, are switched with one another, hence the ‘blinking’. The most powerful cameras and optical telescope are used to capture the images. In this way, differences in the position of the moon, stars and planets can be observed.

By comparing two photographs of the sky, of the same area and of different times, moving objects such as comets and asteroid can be detected. They are seen jumping from one point to another, depending on the length of days the photographs were taken. Some photos are shot at longer intervals, spanning weeks or months, to observe the slow moving planets and stars. Astronomers can predict their motion and revolution. They can also detect other sluggish and invisible changes such as stars that vary in their mass, radius, density, brightness, temperature and chemical structure (called variable stars). Scientists can also distinguish binary stars (two stars orbiting with each other) from optical doubles or double stars (stars that are not binary stars, but only appear close to each other).

Comments - No Responses to “Blink Comparator”