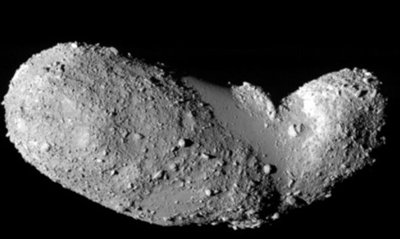 An asteroid is a small body that orbits around the sun, and is also called a minor planet or planetoid. They are generally smaller than planets, but are certainly larger than meteoroids. They are often mistaken as comets when they enter the Earth’s atmosphere. However, comets exhibit a coma and a tail, while asteroids do not. What people think as the tail of a comet is actually just the blaze of the burning asteroid ignited by the atmosphere.

The term ‘asteroid’ had been loosely used to refer to almost all small bodies that go around the Sun. It was not until in 2006 when the term was limited to what it means today due to the introduction of the term ‘small solar system body’ or SSSB that covers both comets and minor planets.

According to research, asteroids are formed from the excretions of Jupiter during the early years of the solar system. This is exactly one of the reasons why asteroids vary greatly in size. Sizes can start from 500 kilometres just like in the cases of 2 Pallas and 4 Vesta, to 950 kilometres just like Ceres. The composition of asteroids is also tricky, and there is no definite set of materials that is true for all.

Comments - No Responses to “Asteroid”