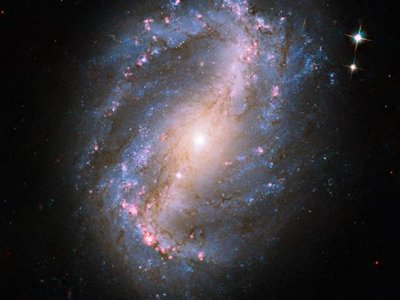 A barred spiral galaxy, as the name suggests, is a galaxy that forms a spiral with a bar running through it. Seen from the side, though, it simply looks like a circle. You have to look at it from a different angle to see the spiral. The bar running through the galaxy is actually a group of stars from the center of the galaxy. A scientific study done by Kartik Sheth says that a spiral galaxy with a bar is considered a mature galaxy, since galaxies develop bars as they evolve.